For each generation, a select few movies come along that extend beyond the screen. They impact not just film, but culture itself.

For the generation that was born in the late 80s, the second most monumental film (behind Jurassic Park, of course) was Space Jam, a film so important, the internet still holds onto the original website.

Also featured the ability to airbrush interest onto MJ's face

Space Jam featured stars from every cultural sector you could possibly imagine. It starts with ICONS of the cartoon world. The Looney Toons were synonymous with cartoons, and now they were continuing to break down barriers by combining animation and live action.

Something the NBA had already experimented with

The next ingredient was Michael Jordan, who was not just THE premiere sports icon of the time, but also the greatest basketball player of all time. When you have someone who is the absolute best at what they do, you have to utilize them in whatever way possible.

Then, add in stars of the screen. And what stars were involved? How about comedic legend Bill Murray? The man had starred in Groundhog Day, Caddyshack, and Ghostbusters, and would go on to be in Rushmore, The Royal Tennebaums, and Lost in Translation.

Finally, add in the one and only Wayne Knight, who brings in experience from one of the most popular television shows of all time and the single best film ever made.

And one of the most satisfying moments in movie history

But what is suspiciously absent from this list? Musicians! How can the claim be made that a film covers every cultural sector without having musicians in it?

Simple: all the musicians were too busy crafting a soundtrack that would go down in HISTORY. After all, how often does the soundtrack for a cartoon movie reach #2 on the Billboard charts and go 6 times platinum?

Plus, how can you top THIS photo? SERIOUSLY GUYS

Rap music had fully come into its own in the early/mid 90’s. It was at the height of its popularity. And in 1996, the height of that popularity rested on the shoulders of Coolio, Busta Rhymes, and LL Cool J. And sure enough, Space Jam got all of them together….ON THE SAME SONG.

They made up for it by including the Quad City DJs. If they can't get you pumped, then you have no soul

However, the greatest achievement of the Space Jam soundtrack was that it provided the 90’s with its anthem. The 90’s needed that one particular song that would transcend all music and touch our very souls. And it got that.

With I Believe I Can Fly.

With such a star studded cast, ground breaking soundtrack, and an underdog plot that appealed to the human spirit, Space Jam does beg the question: what sets it apart from New Year’s Eve, or any other film that stars every actor imaginable? 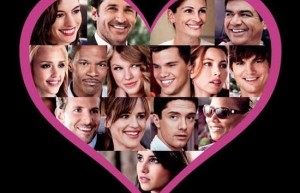 There are three particular ways that Space Jam got the formula right.

First, Space Jam featured stars from everywhere, but not stars EVERYWHERE. While cartoons, films, and sports were represented in the film, it didn’t feature EVERY cartoon character, EVERY actor, and EVERY athlete ever.

Too often, when a film gets a star studded cast, it suffers from total overkill. Space Jam found the correct amount.

Plus, Wayne Knight took up a LOT of room

Secondly, Space Jam kept the musicians AWAY from acting. Every musician in the world thinks that they would be an awesome actor. They’re not. Sometimes, sure, a musician actually IS good at acting. And sometimes, sure, and actor actually IS a good musician. But most of the time, it doesn’t work that way.

This happened, guys. THIS HAPPENED

And finally, Space Jam starred Michael Jordan, who was not a trained actor. Nor was he a good actor. But it worked well having him in the film. How? They minimized how much he actually had to say by giving him very few lines and keeping them all short. In fact, most of the movie just involved Michael shrugging and shaking his head! 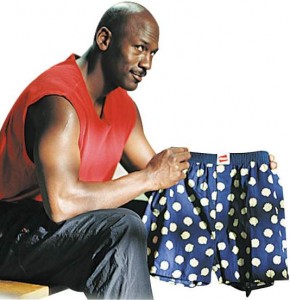 Which he has turned into a lucrative sponsorship deal

The trailer showed practically every line he had in the film, and it wisely avoided baseball all together!

Without Space Jam, the Looney Tunes would never have been as relevant in the 90’s as they were in years past. Without Space Jam, Michael Jordan might have stayed in baseball, robbing the world of a few more years of basketball brilliance.

And without Space Jam, an entire generation of children would have grown up never believing that they can fly.