This is an unpublished draft from 2011 that I’ve now edited and uploaded. Fun stuff!

Years ago, I discovered something interesting about my body: it hates me.

It wants me to fail. It wants me to never actually be proud of any sort of appearance or accomplishment. It apparently thinks this is funny.

It could be the layer of gut that never fully goes away, no matter how much effort is put into getting in shape. It could be the countless minor allergies I have that are never life threatening, but prevent me from ever feeling what most humans call “healthy”. It could be the fact that my tiny, disproportionate ankles get rolled so frequently that we call them Brankles (broken + ankle, kids).

Or it could be the fact that I get migraines when I over-exert myself. In other words, my head wants to rupture when I actually try to do stuff. Fantastic. You can take your pick as to what stands out, but to me, this is the main example of how my body goes out of my way to keep me humble. END_OF_DOCUMENT_TOKEN_TO_BE_REPLACED

The thermometer in The Brick tells me it’s sitting firmly at 32 degrees, just barely freezing, and there are speckles of frost on the grass of my front lawn, reflecting the moonlight which is a reflection itself, all of which corroborates the story. I’m not sure why I’m awake right now.

Well, I do know why. I know that I wanted to go out to the pub down the street to enjoy a celebratory drink, since the semester is ending. By all appearances, it’s the last semester I will actually be teaching, so I might as well celebrate, right? Except it’s a Tuesday, so none of my friends want to go with me and it’s slow and barren at the bar itself. So it’s me, a friend, and several strangers who by the end of the night will at least be acquaintances. I’m drinking a Guinness and wishing so badly it was a Kilkenny, but we don’t get that around here. END_OF_DOCUMENT_TOKEN_TO_BE_REPLACED

As we get older and life goes by, it’s easy to look back on moments that we thought were the worst points in our lives and laugh at them. We’ve lived more than we had then. We’ve seen more, and we understand more and more that both the best moments and the worst ones are still ahead of us.

Honestly, it’s what keeps us going. Even if there are awful moments waiting for us around the corner, we keep moving ahead because we know that something else, either good or bad, has to be ahead. We can’t tell if it’s the good or the bad, but we know it will be something new and something different. It’s what keeps us alive.

The other night, as I was driving around my city with much on my mind, I had to think back to a time that I felt was the worst I would go through, and how my Brick helped get me through.

END_OF_DOCUMENT_TOKEN_TO_BE_REPLACED 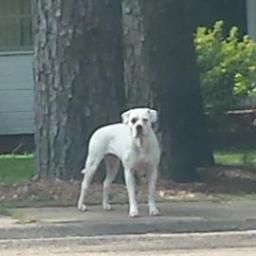 I have a neighborhood superhero, and his name is Intersection Dog. END_OF_DOCUMENT_TOKEN_TO_BE_REPLACED

People are just the worst, am I right?

We live in a world with no middle ground. Republicans and Democrats SURELY agreed on stuff at some point in time. They had to, otherwise this country would never have been founded. These days, you can’t say anything political without thirty people disagreeing with you or unfollowing you. Sometimes in real life. They just stop hanging out with you.

Or in Canada. You guys aren’t exempt. I mean, at some point in time, everyone must have loved teachers. Otherwise, you guys wouldn’t have gotten it right and actually paid teachers well. Now, people are upset that teachers get paid well? It’s like ordering a ham sandwich and then getting upset it isn’t turkey. Sorry, bad analogy. It’s like ordering poutine and getting upset it’s not peameal bacon.

That was the best I could do, and I’m very sorry.

END_OF_DOCUMENT_TOKEN_TO_BE_REPLACED

Because when Christians purposefully strive for community, especially in a city like Jackson, Mississippi, and gather together to worship God….well, … END_OF_DOCUMENT_TOKEN_TO_BE_REPLACED

Your Friend Joseph Craven Welcomes You To The GBOAT
Loading Comments...