You can look for me baby,
But baby I’ll be long gone

Maybe things should be simpler. Does it always have to be so difficult to be an adult? Bills keep coming in and demanding the resources that you’ve traded in so much of your time, your very existence, in order to acquire. Surely life could be different than this, and if not, at least it could be simpler. END_OF_DOCUMENT_TOKEN_TO_BE_REPLACED

I met John years ago in what feels now like a totally different life. He was an experienced disk jockey at the classic rock radio station, and I was a part-time employee and college student. He had dedicated a great deal of his life to making it in this business, and I was wondering whether I even cared enough to try.

If I learned anything from my brief time working in radio, it was that you had to be married to the job in every sort of way in order to make it anywhere. My time certainly was brief. Just barely over a year as a paid intern and part-time weekend shift kid before they told me via email that they were having to do away with all us little people. Downsized via email. Odd experience.

The job took dedication that I didn’t have. A lot of the people who worked for years in the business to have a stable career didn’t have what most could consider a stable life outside of it. At least, the ones I interacted with were like that. Granted, they were often the ones at the classic rock part of the studio, so it could very well be that the ones working in oldies and news had more going for them. I didn’t know them as well. END_OF_DOCUMENT_TOKEN_TO_BE_REPLACED

The cars have lined the neighborhood streets, as teenagers flood out of the vehicles in school colors and painted faces. Many of the vehicles are still painted as well. Their windows marked with the motto that was introduced to our city on Friday night just a week before.

Earlier in the day, hundreds drove to a funeral that shouldn’t happen. We’re not supposed to have funerals for teenagers. Yet as they drove, they passed by brightly lit red and blue billboards, the colors of Jackson Prep. They had a simple message written on them as well: the number 65, Walker’s number. It was a reminder to those driving by and to the whole community that they were not driving to a funeral. They were headed towards a celebration of a spectacular young life.

A youth minister’s words hit me as we walked past the cars together. I knew he was right. There was plenty more to write, and he knew exactly what those words needed to say. 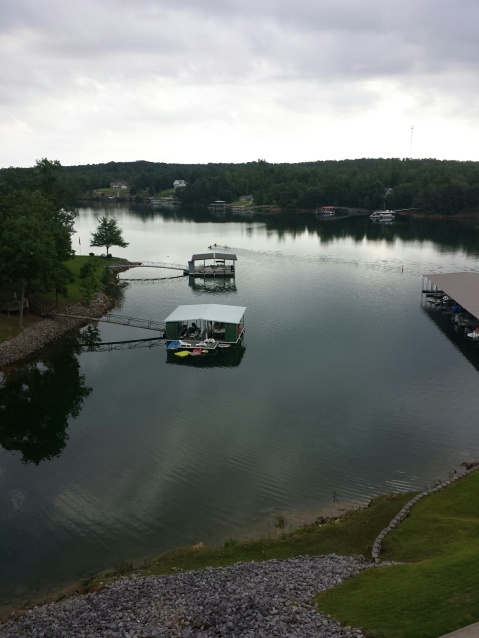 If you close your eyes, you could forget nearly everything. END_OF_DOCUMENT_TOKEN_TO_BE_REPLACED

This is my last post based on my journaling or diarying or whatever it was I was doing while I was in the United Kingdom. Either way, I had a lot of thoughts and experiences that really encouraged me and I just wanted to share. If you’ve read any of it, thanks. 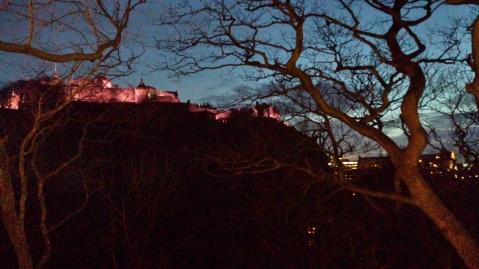 Even though our flights on on the 14th, the trip home actually starts on the night of the 13th as we sit in the hotel lobby charging phones and allowing ourselves to finally feel like we didn’t have to be somewhere right then and there. There’s an odd feeling of traveling exhaustion when parts of your trip feel as though they were two months ago, yet you also still can’t believe you’re already about to head home.

Home. There’s a fatigue I feel when I’m away from my muddy broken home for too long. I tend to lose my charge when I haven’t heard a “y’all” in a while. This trip didn’t have that, however. Not to the same extent, at least. I felt more at home here in London and Edinburgh than I have with other places I’ve been, even if I was rushed. Things started rushed, and since we’re trying to see as much of these countries as we can in only a week time, it has felt like a bit of a blur. Two months of living crammed into seven days.

END_OF_DOCUMENT_TOKEN_TO_BE_REPLACED

Obligatory link to the other posts about my trip. 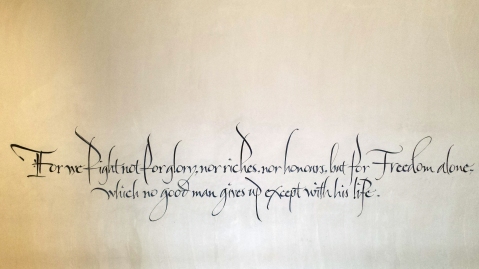 “For we fight not for glory, nor riches, nor honours, but for Freedom alone, which no good man gives up except with his life.” – excerpt from the Declaration of Arbroath

“The souls of the righteous are in the hand of God. There shall no evil happen to them: they are in peace.” – Scottish War Memorial

It’s no secret that the Scots are proud of their military history. They’re known for being feisty people and don’t exactly try to hide the monuments to freedom fighters William Wallace and Robert Bruce that stand in front of Edinburgh Castle. The Castle itself, built for function and not style, has cannons set up all along the outside wall, showing how prepared it was to deal with intruders. Resting above the entrance to the castle is the Scottish Coat of Arms, which includes the motto “Nemo Me Impune Lacessit”, which roughly translates into “No one attacks me without punishment.”

END_OF_DOCUMENT_TOKEN_TO_BE_REPLACED

The beginning of my trip is over here. Thanks for reading. 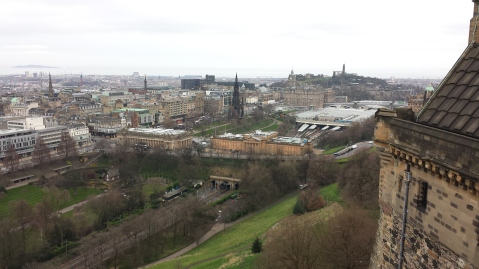 It didn’t take long for Edinburgh to offer me everything I ever wanted out of a city. Of course, I mainly say this because I was very hungry, had been walking all morning, and the radio in the place we found was playing R. Kelly’s Remix to Ignition. Either way, stopping in a place called Oink was such a good decision that we had to do it again the next day. There’s something about a sandwich made with a half pound of pork, haggis, and topped with a piece of crackling that did my soul right. Oh, and the pig I was eating was just sitting in the window. 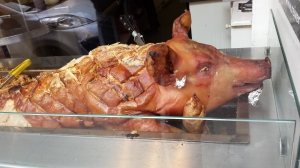 See? Look at this guy.

END_OF_DOCUMENT_TOKEN_TO_BE_REPLACED

The Greatest Blog Of All Time
Blog at WordPress.com.