Once In A Lifetime (Same As It Ever Was)

Yeah you know by now that I went to the UK and wrote about it. That’s cool. Here’s the next post in the series and if you wanna start over you can go here.

I sometimes play a game in my head entitled “Can I Touch That?” where I try to guess, entirely in my mind, whether I could touch a nearby object.

Zach doesn’t play that game. He told me if he did, the answer would always be “No” because he’s not a jumper and doesn’t care for touching things that look like they might kill him. That’s okay with me. It’s not a game for everybody.

Zach’s main interest so far has been British history. I’m discovering more and more how much of an Anglophile he is. This was made known to me when he enthusiastically looked at me one morning in London and said, “I love everything about everything we’ve done so far.”

This included a good deal of time spent in the British Museum, which houses countless old world treasures from all civilizations all around the world. Most of the time, the British people just sailed up to a people group and took their treasures to place in a museum, but that’s alright because at least they got them all in the same place. 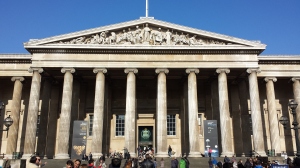 It was interesting looking through all of these relics from the past, because a general theme rang out in every group of people represented. Every great civilization spent an inordinate amount of time building monuments to either itself of the important people of their group. It’s the same thing we tend to do every single day in this, the Social Media Age, where everything is about building a legacy or a platform or a message or some sort of way to stay relevant and appear important. We just want to appear important, like those old great dead civilizations that we now see in museums. Or maybe I’m just disillusioned. Maybe I need to go to therapy.

This was a day to ponder the past, though, as we looked in museums and looked at old buildings. There’s the Tower of London, a fortress built nearly 1,000 years ago. We saw St. Paul’s Cathedral, the grandest and most beautiful building I’ve seen in the city. There were thousands of years of history right before our eyes, reminding us not just of the past, but of the fact that civilizations rise and fall, repeating so many concepts that the ones before them have used. Same as it ever was.

I think we’re often obsessed with the past most of the time because we want to make sense of it. We want to be alright with it. We study the mistakes of those before us to avoid them, and the accomplishments so we can improve upon them. We want to be important, just like those before us, so we look back on them to try and continue the progression.

Maybe it’s the constant looking back that has me wearing the same old black hoodie and white hat I wore all throughout college. It became a joke amongst many people I knew that I only knew how to put one outfit together. Regardless of why exactly I wore the same thing all the time, I now stood in London, some 3,500 miles from home, dressed the same as I ever have been, about to reunite with an old friend from those days.

There’s a fun nostalgia that overwhelms you when you see a close friend you haven’t hung out with in quite some time. The better relationships are the ones where only a few minutes have to be spent catching up, and the conversation quickly and naturally drifts away from the formalities. It drifts towards things like the American sports they don’t get to talk much about in England and the same old stories that always get told when you’re together. It’s the stuff that makes them feel comfortable with the memories of places they miss, and stuff that makes you feel comfortable with your past. 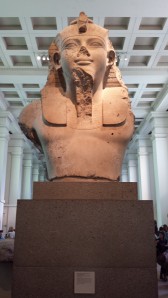 Maybe that’s why civilizations build monuments and we individually strive for importance. It’s because we want to just feel comfortable with our past. Our mistakes, our accomplishments, and our friendships all blend together into something that we can actually enjoy when we look back on them. That’s what we want: to look back and enjoy things. It’s important to be comfortable with our pasts. Sometimes that requires therapy.

So maybe it makes sense that I ended up in this old hoodie and hat. It’s my way of being comfortable with my past. My way of feeling more like myself, so that when I spend time with an old friend I don’t feel like I have to defend myself or my past. I’m comfortable with them, so much so that conversation can be light and we just know it’s good to be there again. We’re comfortable, to the point that nostalgia continues to flow even after the brief moments in which we’re able to reconnect. 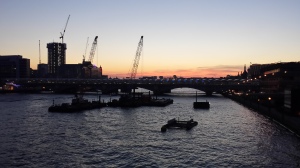 Just seemed like a good place for this photo

That’s all we want, at the end of the day. We want to feel important, sure, but we build monuments because we want to look back on our past and be comfortable with it. Themes repeat themselves, same as always, but maybe they repeat themselves for a reason.

And maybe we can be comfortable enough to feel more like ourselves and it won’t take traveling 3,500 miles to see a close friend to feel that way.

Though it’s always cool to do so