Today’s post comes from my close friend Jason Bruce. Jason makes music for a living, and is now only the third “real life” friend I’ve had who has written something for me. Amongst the things Jason enjoys: Cracked.com, Dr. Pepper with NO ice in it, and passing out on my couch every Sunday afternoon.

We’ve all got things we enjoy that we’re absolutely positive that no one else even remotely cares for. In the privacy and comfort of our own home, we engage these things, whether they be music, TV shows, films, books, food, hobbies, weird habits. We feel the rush of dopamine to our brain. We sit and revel in the sheer, child-like pleasure and gratification that we receive, which is quickly followed with the sobering thought of, “Yeah, I’m not gonna tell anyone about this.”

I’m just gonna throw this out there. I love Rihanna (67 out of 100 average career score, according to Metacritic). I have all of her albums. Katy Perry (49)? Love her. Flo Rida(59)? I play his stuff all the time when I DJ parties. “Domino” by Jessie J (51) is an incredible pop song, with it’s disco beat and Earth, Wind, and Fire chord changes. My favorite new group: Karmin. Google them. I’ll wait….
…I know, right? The other day, I had the sugary-sweet pop song “Call Me Maybe” by Justin Beiber (62) protege Carly Rae Jepsen (ironically, a 4 out of 5 rating on iTunes)stuck in my head, and instead of attempting to wash it out with some Andrew Bird or Editors, I proceeded to quietly sing it to myself ALL DAY.

And this isn’t recent. I’ve been making less than respectable choices in music consumption since I was 10. I was raised on my father’s vinyl records. Stevie Wonder, The Beatles, all the Motown greats, all of the Jacksons, James Taylor, Tower of Power, The Beach Boys, Steely Dan, Marvin freakin’ Gaye! And what was the first CD that I bought with my own hard earned money? The soundtrack to Eddie, Whoopi Goldberg’s 1996 basketball comedy (4.7 out of 10, according to IMDB). I got it because I really liked the Coolio song, “It’s All The Way Live (Now)”, that was the lead single. I’m not sure I ever remember seeing the movie or listening to any of the other 13 tracks on the CD. 10-year-old me apparently had yet to hear of the concept of CD singles. If the iTunes store had existed in 1996, I could’ve saved myself $13.01, money that could have been spent on Power Ranger Zords, snowcones, and whatever else 10-year-old me required to live. 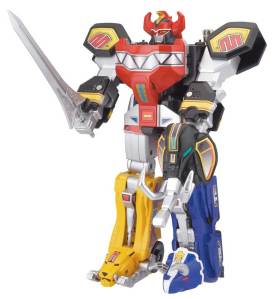 “The bare necessities of life….” 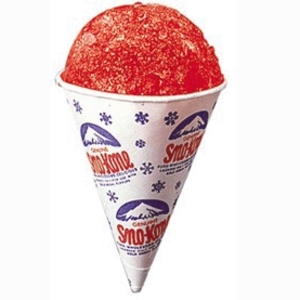 Try to bear in mind, I’m a professional musician. I create this same medium on a daily basis. It doesn’t take long for my personal taste to have a direct impact on my work. If you’re a surgeon, the fact that the top 5 most played songs on your iPod are all by that male acapella group from Glee shouldn’t do much to hinder your ability to save someone’s life. Just don’t let the patient know you watch Glee, or they might opt for someone else to give them that new heart. Much in the same way, I try not to wear my influences on my sleeve, so my audience can judge my work on it’s own merit. I listen to a lot of cool music. I also listen to a lot of embarrassing music as well. Bruce Lee said, “Use only that which works, and take it from any place you can find it”. Then again, he was talking about the art of beating the crap out of someone.

A musical group Joseph Craven and I have bonded over a mutual love of is Hall & Oates, the band fueling that random dance sequence in 500 Days of Summer (7.9). That’s right, Daryl Hall & John Oates. “You Make My Dreams”. “Maneater”. “Kiss on My List”. Not exactly Mumford & Sons. Hall & Oates songs are kinda cheesy, exclusively about girls, and seriously guys, those early haircuts? Really? The more I think about it, they’re were eerily like the mustache-less, adult Biebers of their time.

But regardless of how far they pushed your tolerance of schmaltziness (and ‘staches), they wrote good songs, and nobody could deny that. Eventually, the how hip the music is tends to lose importance. People certainly liked they’re stuff. And they’ve been influential. There’s a popular internet show called Live @ Daryl’s House, where current big name artists jam on their songs and Hall & Oates classics with Mr. Hall himself and gush about their H&O super-fandom. These two have left an indelible mark on today’s pop radio sound. There’s more to them than just being the white equivalent of Lionel Richie, but I’m sure I’m the only one who made that comparison…

Oscar Wilde said that all art is personal and, by it’s very nature, subjective. As he put it, “There are no guilty pleasures, just pleasures.” Not only are you allowed to listen to music that isn’t “cool”, you need to, because if you don’t, you’re not only shortchanging yourself and your simple joy, but also that artist who could very well use one more fan. Who knows, that music could become cool in the near future. The tide of hipness tends to shift every 5 to 8 years or so. Don’t let anyone discourage you. Your unique taste is what makes you not anyone else. Like whatever music you like. You don’t even need a reason to like it. Conversely, you also don’t need to reason to hate something. Look at Nickelback. We hate Nickelback because we hate Nickelback. Sometimes, we as humans just like to hate something arbitrarily. Therein lies the beauty in having freedom of choice.

Welcome to America. Except for you, Beiber.

What is YOUR musical guilty pleasure? Don’t hold back! (Chemical Brothers – 70 on Metacritic)