In celebration of No Shave November, The Greatest Blog Of All Time presents a series on facial hair.

No topic in today’s society is as polarizing as the ‘stache.

No other individual fashion statement has generated as much disdain, then respect, then disdain over the years like the ‘stache has.

And it’s also worth noting this month, because of the re-dubbing of November as “Movember“. People taking part in Movember grow ‘staches throughout the month for the purpose of raising prostate cancer awareness.

Please check out that site. It’s a good cause.The only real ground rule of ‘staches was very eloquently stated in this video (check the 3:37 mark): Nobody under the age of 35 should seriously sport a ‘stache.

It wasn’t always like this. A few short decades ago, they were commonplace. 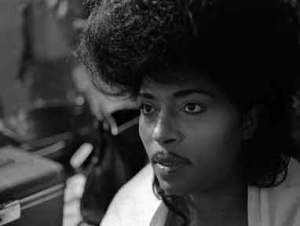 Throughout history, facial hair has stood as a mark of manhood. As time went on, it became less and less important to have facial hair. The ‘stache actually stood as the last bastion against clean-shavenness in the fight for manliness.

But the ‘stache was doomed to be a tragic hero. No matter how hard it resisted, it didn’t stand a chance, and today is viewed as a villain.

For those who fit the criteria for an acceptable ‘stache, there are a few major varieties to be considered.

You must ask yourself: What Does My ‘Stache Say About Me?

It should be noted, however, that this list only covers three major styles of ‘stache. There are many styles that either aren’t popular enough to be detailed, or will never, EVER be popular.

Someone with a handlebar ‘stache is most likely a cowboy. Either that, or Snidely Whiplash. 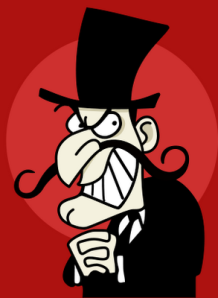 Either way, you're probably trying to tie somebody to railroad tracks RIGHT NOW

While The Handlebar doesn’t automatically mean that the bearer is evil, it certainly means that they are in the wrong time period.

As far as ‘staches go, The Horseshoe has the most deceptive name. At no point should a ‘stache EVER come in contact with the hoof of a horse.

It is also the most dangerous ‘stache. While a Handlebar has a pretty solid chance to be absolutely ridiculous, rarely does it come across as disgusting as a Horseshoe. 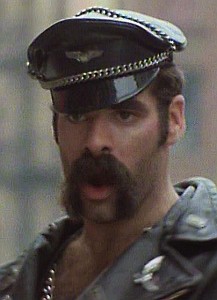 Glenn Hughes sees his reflection for the first time

What does The Horseshoe say about you? It’s that you are likely a biker or Hulk Hogan, but ultimately, you’re trying too hard.

It’s hard to name a regular ‘stache by itself. There is no textbook identification. But why not name it after the one and only Magnum, P.I.?

Take a quick look at the men who sport the Magnum:

Ron Swanson, who may not be real, but WHATEVER 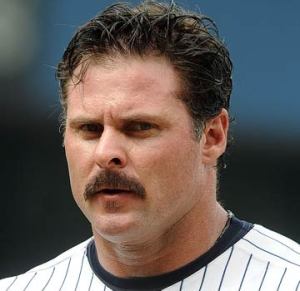 Jason Giambi, who was a tough dude. You know, despite playing baseball.

Simply put: the Magnum is a badge of honor. It is not something that somebody grows halfheartedly. You have to earn it.

Someone with a Magnum is someone to be respected.

When they haven’t done enough with their manliness to earn it? Well….

It comes out creepy

The moral of the story? Don’t ever take a ‘stache lightly.

What’s your favorite ‘stache? Do you have a better name than the Magnum?