In honor of No-Shave November, The Greatest Blog Of All Time will feature facial hair related Wednesday posts. Just….deal with it, guys.

The most common problem with goatees is that no one actually knows what they are.

What comes to mind when you hear the word goatee? Probably this guy, right?

When was the last time you spotted a goat that had a really solid mustache? If the answer is anything other than “Never, because they’re known for the tufts of hair under their CHINS, not above their MOUTHS”, then you are just a liar.

LOOK AT HIM AND TELL ME YOU SEE A 'STACHE

So by definition, the goatee covers the chin, but no more. So what most people consider to be a goatee is actually a Van Dyke. 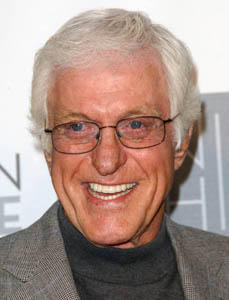 The Van Dyke beard gets its namesake from King Charles I of England.

Primarily, it’s because King Charles was depicted with the beard in a famous portrait. The artist in charge? Anthony van Dyck, who as it turns out also sported the highly popular beard style. Much like nearly everyone in Europe in the 1700s.

Actually, the fact that it was so popular makes it interesting that it wasn’t named after somebody else. Here are two portraits of two completely different men, yet only one of them has a beard named after him:

And Exhibit B, proving that everyone in the 1700s looked the same

And while the beard was occasionally referred to as a “Charlie”, after Charles I, the more commonly accepted name is still the painter’s, not the monarch’s.

After mysteriously dying out after the 1700s, the Van Dyke popped back up in 1900s America, where nobody bothered to notice that they were spelling it differently than the person it was named for.

Response to this trend, as with all trends, wasn’t very positive, though. A columnist for the Chicago Chronicle was quoted as saying it was only worn by a man “who was selfish, sinister, and pompous as a peacock.”

And really, could you disagree with that statement? There’s something naturally evil about the Van Dyke.

You grow one of these, you forfeit your soul. THAT'S THE DEAL, GUYS

But thankfully, in the later stages of the 1900s, Youth Pastors across the country devoted their lives to redeeming the Van Dyke. Finally, the connection of the mustache and the goatee while keeping the cheeks clean could be enjoyed by anyone with no fear of looking evil.

But sacrifices were made. In the process, the Van Dyke lost its identity, and became synonymous with the goatee.

And like that, Anthony van Dyck’s legacy was lost.

Cause he sure isn't remembered for his paintings. All of them included the beard, anyway

It’s like hearing a piece of classical music and referring to it as a Mozart, regardless of who wrote it. It could be Beethoven. In this hypothetical, people don’t care anymore. It has all become the same to them.

But it’s not the same. Not at all. And in lumping them together, people do a great disservice to the ones who actually created these works of art.

So please, get your terminology right. If you can’t do it for Anthony van Dyck, then at least do it for the goats.

A few Van Dyke pictures have been submitted in the comments. Have you ever sported a Van Dyke? Show it off a bit!

25 responses to “The Van Dyke”