At this point in time, you are likely wondering two things:

Well, the answer to the first question is “A lot, so shut it” and the second answer is “This is the last one, so calm down.”

In this fourth post in the series, The GBOAT takes one final look at American legend and pinnacle of manliness Theodore Roosevelt.

In 1534, Charles V, Holy Roman Emperor and King of Spain, ordered a survey to be done in Panama to find an easier way to travel. Back then, if somebody needed to sail from Europe to Texas (a trip that undoubtedly happened ALL THE TIME), they had to go all the way around South America.

But Texas didn’t exist yet, so those plans fell through.

However, some nearly 400 years later, places like New York and San Fransisco actually DID exist. And thus, the whole “sailing around South America” thing proved to actually be a concern. Sailing that large of a distance could easily be solved with the creation of one really huge canal that cut through Central America.

Thus, Teddy Roosevelt took it upon himself to do what people for the past 400 years had only dreamed of, and he built the Panama Canal. By himself.

After he got the ball rolling on all of that, Operation Screw Taft Over went into full effect, thereby securing that neither Teddy nor “Bill” Taft would win the presidency. Teddy took this as a perfect chance to fulfill his lifelong dream of doing everything a single human being could possibly do, and took his talents to South America.

He grabbed Brazilian explorer Candido Rondon and a crew of some 21 people and went searching for the headwaters of the Rio da Duvida, or the River of Doubt, which flows into the Amazon. You might have heard of that one.

A notable addition to this exhibition was his 24-year-old son Kermit.

Despite finding the previously undiscovered headwaters, the trip was nearly a failure. Roosevelt suffered a leg wound that would get infected. This, combined with the bullet from his assassination attempt (that was never actually removed), a high fever, and another leg wound that had taken place nearly ten years earlier, nearly claimed Roosevelt’s life.

He regarded his poor health as a danger to the others, and insisted that he be left behind so the poorly-provisioned group could make it through. It took a passionate appeal by Kermit to keep him going. 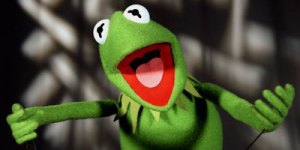 He returned home, some 50 pounds lighter and in considerably bad shape. However, this didn’t stop him from going before the National Geographic Society and defending the claim that they had found the river.

Soon thereafter, World War I broke out. Even in his poor health, Roosevelt stayed quite active in the public eye. So much so, in fact, that the frail 58 year old asked President Woodrow Wilson to allow him to raise a volunteer infantry division.

However, Roosevelt’s youngest son, Quentin, fought in the war. He was an incredible and heroic pilot. However, in 1918, he was shot down over German lines. He was Teddy’s favorite son, and it’s said that after his death, Teddy never quite was the same.

He had done a huge amount by the time the year 1919 came around. He had served in wars, negotiated the end of wars, and even had an iconic children’s toy named after him. He had accomplished nearly everything he ever attempted.

When he heard about his father’s death, his son Archie telegraphed his siblings (at this point, most of America was Roosevelt’s child) the message “The old lion is dead.”

However, U.S. Vice-President Thomas R. Marshall worded it best: “Death had to take Roosevelt sleeping, for if he had been awake, there would have been a fight.”

Some other notable facts about Teddy Roosevelt:

On a final note, when the National Geographic Society challenged his claim to have discovered the River of Doubt, a sickly Roosevelt addressed a standing room only convention in D.C. to defend it. Not only did he give enough evidence of it, but he was so convincing that they renamed the river the Rio Roosevelt.

If there’s a lesson to learn here, children, it’s that there is no longer any Doubt. There is only Roosevelt.