The Ruining of the Classics

You may have seen this by now. You may not have. Either way, we’re on it now.

Personally, when somebody told me about it, I didn’t believe it. I just KNEW there was no way that we, as people, could allow this kind of behavior. There’s no way that humanity could just take a backseat to complete and utter disregard of reason.

It disgusts me to see such senselessness.

Now, I’m not just disgusted by the fact that the mere premise of this film seems AWFUL. Really? Military forces stumble across some sort of large mechanical alien force? 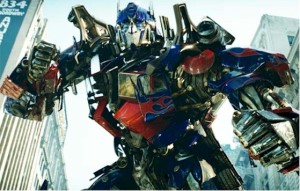 Seems awfully familiar for some reason....

No, I’m disgusted by this growing problem in American cinema: the ruining of the classics.

It all really started, I think, with the film version of Mission: Impossible. Jon Voight played Jim Phelps, the protagonist from the classic TV series of the same name. In the film, the team is compromised and Phelps is killed. This would be a fitting end to a classic character, and would’ve properly paved the way to Ethan Hunt, played by Tom Cruise, to take the reins.

But no. It didn’t work that way. As it turns out, Jim Phelps was still alive, and a traitor. That’s right, the guy that THE ENTIRE SERIES WAS BASED AROUND was actually evil.

Brilliant move.That’s not going to alienate ANY of your fanbase.

I know this was a terrible idea because my father, an avid fan of the TV series, absolutely despised the movie with a clean, unadulterated hate. 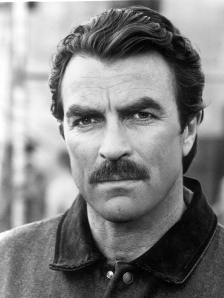 Recently, Ridley Scott decided the legend of Robin Hood needed to be refilmed in crappy fashion. Apparently the story being turned into a movie nearly 100 times (according to IMDB) just wasn’t enough for Ridley.

I went into this film with moderate to low expectations. I thought, “Hey, he’s just trying to de-mythologize this story. Make it into something sorta believable about a Crusade-era archer. Could be a good way to spend an evening.”

Instead, I wasted 2 hours watching Russell Crowe struggle through doing ANYTHING just to reach a battle scene where he spent the whole time carrying a woman out of the ocean. And some kids ran around killing everyone.

And it’s not until the end that they bother explaining that the whole thing is an origin story, and has NOTHING to do with Robin’s time in Nottingham. Did you know that the original screenplay was about the Sheriff of Nottingham trying to catch a serial killer? How awesome and original would that have been? Instead, Ridley went “Nah” and gave us recycled mediocrity.

Years ago, I was day-dreaming about this entire fact. I thought to myself, “Man, they’ve ruined Mission:Impossible, they ruined Super Mario Bros. before that by trying to make it into a film….what could they ruin now?”

And then I came up with greatest idea I’ve ever had. Enjoy:

What classic has Hollywood ruined for you? What do you think they’ll ruin next?

10 responses to “The Ruining of the Classics”