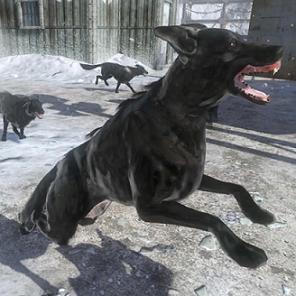 Nobody enjoys playing Call of Duty. Sure, they might be the best selling video games for the past few years, but that doesn’t mean they are the most enjoyable video games. It’s a bit of a strange phenomenon in the gaming world. You never see anyone playing Mario Kart and NOT enjoying themselves.

"This train may have killed my chances of winning, but not the smile on my face!"

Playing Call of Duty isn’t even like eating a vegetable that you hate. In that situation, there is a redeeming quality because it is healthy. There is not a person on Earth who finishes a round of Call of Duty and says “Boy, that made my life better. I may not see it right now, but it will improve my quality of life in the future.”

Nobody says that, because Call of Duty not only wastes all your free time, but simultaneously makes you angry. You’ve wasted all your time deliberately infuriating yourself. It’s like torturing yourself, letting the wounds heal, then doing it again. No benefits. Broccoli never did that to anybody. 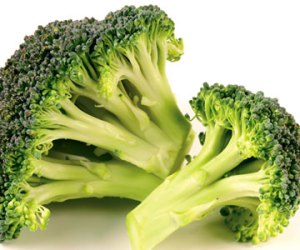 You win THIS time, broccoli.

The first Call of Duty game was created by a man named Ben Chichoski in 2003. It was a World War II game, which proved something: we were far enough removed from World War II for it to be entertaining.

It achieved moderate success, but was competing with another WWII series entitled Medal of Honor. Since sells were split between the two series, they did the most logical thing and released countless rival titles for years.

Full list of the 19 Medal of Honor titles, which doesn't count the collectors editions and cancelled games.

Eventually, the Call of Duty creators realized that Medal of Honor still had the WWII market cornered. They also realized that WWII had become a market. On top of all of that, they learned that putting out war game after war game about the exact same war couldn’t possibly carry a business. So they created their own war and named it Call of Duty 4: Modern Warfare. 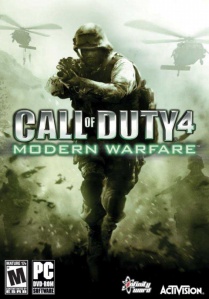 Better than the original name - Call of Duty: Not Stuck In The Past

The multiplayer mode is what draws gamers back into the Call of Duty franchise. In this mode, you play online against a bunch of other people who aren’t enjoying themselves. The better you do, the more you level up, and the better equipment you unlock. In other words, the more you sacrifice of your life, the more powerful you become. When you reach the top level, you are given the option to “Prestige”, or “start the entire soul-crushing experience over”. You give up all the things you unlocked for the title of having “Prestiged”. Some people have actually done this 15 times.

That’s right, kids: Call of Duty has the audacity to suggest that when you’ve put the frustratingly large amount of time into the game to reach it’s peak, you’ll be willing to give all of that up just for some online bragging rights.

We jump straight back to playing with guns that are the video game equivalent of throwing rocks, and characters that can’t run farther than 5 feet. And we act like we want it that way. 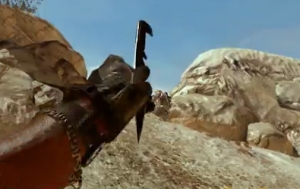 "No, man, it's FUN to only be equipped with a knife and a creepy glove."

As if the opposing players shooting at you weren’t enough to frustrate, the longer kill streak a player has without dying means he gets special bonus murdering power-ups, such as helicopters and dogs. You’re constantly battling against other players, flying death machines, and overly-affectionate puppies who are cursed with a deadly Midas Touch. This is our idea of entertainment.

So the question is simple: is it worth it? Doesn’t the idea of constantly losing til you reach a point where you can compete, just to start over again sound appealing? If you’re still on the fence, check out this video. It shows just how much fun it is to play Call of Duty!

(Censored to protect the innocent. None of this is staged)

“I don’t want this.” Nothing sums up Call of Duty better.

Enjoy this post? Hate it? Have a topic you want to hear about? Leave some feedback!

8 responses to “Call of Duty”