America was founded under the belief that everyone was created equal. Early Americans wrote all of these beliefs on papers, signed them, and then decided that this made them law that could be punished for breaking. Then, Americans decided to ignore the whole “equality” thing for a while. 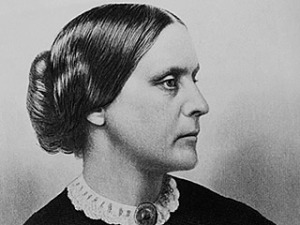 “It’s cool, guys, I didn’t really feel like VOTING or anything”

After about 200 years or so, Americans actually reached a point where we believed people were equal. And even 200 years or so later, people were still very interested in writing things down on paper, which had finally become common for everyone to know how to do. This was important because Americans believed in something called “free speech”, a right that people have been trying to either defend or destroy ever since it was created.

Of course, the idea of “free speech” meant one simple thing: people were allowed to say whatever they wanted. People were not only allowed to have opinions, they were allowed to state them, no matter how asinine they were. This could easily create problems, seeing as how the people who believed people should state their opinions were the same ones who forgot the whole “people are equal” part for many years. 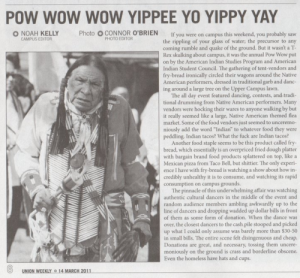 In the age of the Internet, Free Speech hit its peak. Not only was there a sudden connection to every human on the planet, there was a viable method to appeal to the deepest desire in every human life: forcing your opinion upon somebody else and proving you are better than them.

For most of history, stupid opinions were fine, because even if the opinion sucked, it typically stayed contained, as it was difficult to broadcast them. The morons of the world weren’t allowed to spread their message.

“My time will come”

Flash forward to 2012, and suddenly, everyone can broadcast whatever they want at any point at all thanks to the miracle of Blogging. A blog is an internet “web log”, which was too difficult a name for Bloggers to use and was therefore shortened. Though it is called a “log”, it doesn’t necessarily have to do with saving information. All a blog ultimately is, at its very core, is a diary or personal journal that is posted where everyone in the world can see it.

A Blog exists for one primary reason: drawing attention to oneself. No matter the viewpoint, the hatred towards others, or even how pointless the written essay may be, a Blog accomplishes what it was set out to do by making a private person public.

Today, people don’t need an official publication to make their opinions heard by the public. All they need is a keyboard and the loosest grasp of how the English language and the internet work. Anything that anyone decides needs to be read can be published, and therefore available to everyone.

What is possibly the most striking advantage to Blogging, however, is that it allows a certain amount of anomynity in what is written. One can publish any sort of divisive or angry post or comment and not really reveal anything about themselves in the process. Though blogging exists to draw attention to the writer, the writer can also avoid attention altogether, creating a fantastic paradox that exists only in the blogging world.

After all, the internet is a wonderful and mysterious place where you can hate everything Facebook does while still using Facebook daily

One can be whoever they want on the internet. Perhaps someone can appear more thoughtful or thought-provoking than they actually are. Most of the time, it just gives people an outlet to complain and attack public figures they don’t agree with.

Because this has become the pinnacle of civilization

Because that’s what blogging offers: a beautiful method to express an individual voice. Whether you hate injustice, women, the church, or just Mark Driscoll, congratulations! You are free to let everyone know. Ultimately, what blogging accomplishes is what mankind has always done best over the ages: dividing people and pitting them against each other.

Every person on this planet has a voice. Due to blogging, we all now have to deal with the consequences.