In the immense history of human disasters and failures, the story of the RMS Titanic stands alone as the one that has made James Cameron the most money. 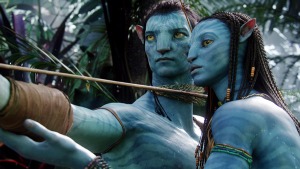 Followed closely by that time we all attacked those blue people

But in the midst of all the Hollywood hype, it is easy to forget the simple truth behind the Titanic: it’s a story full of poor planning and complete oversight, set in a magical time where boats seemed to constantly be sinking.

This was the 1910s, when everyone just did stuff because they could. 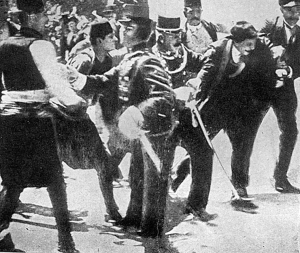 "What? All I did was assassinate Archduke Franz Ferdinand. Not like THE WHOLE WORLD is gonna go to war or something."

The White Star Line shipping company built the Titanic from 1909-1911; an impressive feat considering back then, it took years to accomplish even simple tasks. The Titanic was the largest ship in the White Star Line fleet. It belonged to the Olympic Class of ocean liners, named for the first in the fleet, the RMS Olympic. It was nicknamed “Old Reliable”, which was only slightly more popular than its other nickname, “Only Ship That Hasn’t Sunk Yet”.

After the Titanic, White Star figured it was a great idea to build another, even larger boat because why not? They initially named it the RMS Gigantic, then realized that this was the boat equivalent of naming your newborn child, “Tiny Person Who Will Grow Up”. They promptly changed the name to the Britannic, and it was used in World War I as a hospital boat.

When the Titanic was built, people were so amazed by its massive scale and hardy construction, the common thinking was that it was unsinkable. Clearly, in the 1910s, the cliche “The bigger they are, the harder they fall” had never been uttered.

When the ship set off on its maiden voyage, it carried over 2,000 people in all. This consisted of around 885 crew members, and roughly 1,317 passengers. 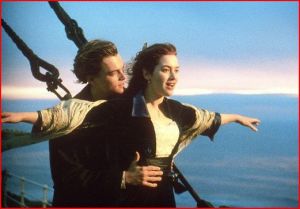 All of which had free reign to just wander wherever they wanted, apparently

The voyage showed signs very early on of being incredibly poorly planned, but because it was the 1910’s, nobody really cared. Not too long after leaving the harbor (as in LITERALLY minutes), the Titanic passed by the SS City of New York and the SS Oceanic, which were moored in the harbor. The absurd size of the Titanic caused a bulge of water that lifted the two smaller ships up and snapped the mooring lines of the City of New York. New York nearly slammed straight into the Titanic, but a tugboat was able to move New York out of the way.

The Titanic just neverminded this scare and merrily went on its way. 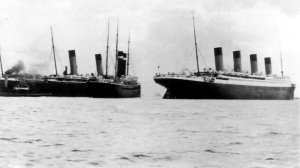 "It's cool. We'll just 1910s the crap out of this journey until something else goes wrong"

The crew of the Titanic was alerted by other ships that there were unusually icy waters up ahead, so in preparation for these dangers, the Titanic took the standard protocol and CHARGED FULL SPEED AHEAD, 1910s style.

The common belief back then was that ships were too large to be bothered by ice, which is an assumption that totally made sense to the barbaric and simple mind of someone in the 1910s. Captains were actually taught that if there was ice in the water, you should just fire up the engines and make it happen.

Not surprisingly, the Titanic and a large iceberg gave each other a nice greeting, and the ship started to sink. The over 2,000 people quickly filled up the lifeboats, but of course there weren’t nearly enough of them. 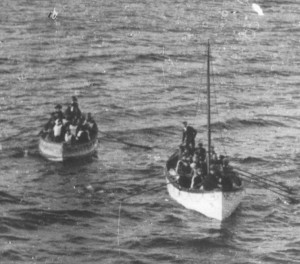 While the lack of rescue boats could be viewed as a massive oversight, it surprisingly was not. Sure, they could only fit half of the people on board into the boats. And sure, even if they had carried as many lifeboats as they could, it wouldn’t be enough. But according to the safety standards of that day and age, they actually had MORE than they were required to carry.

That’s right: they weren’t even legally required to carry enough boats to save half of the people on board. This was the 1910s, where people didn’t just throw caution to the wind, they threw the wind out too and just didn’t give two craps about what resulted. 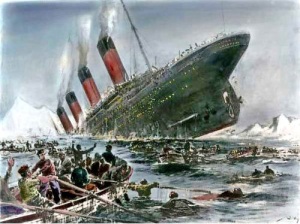 If it seems like they're cheering, it's because to them, this actually WAS a successful trip

What is the ultimate moral of the story? What do we learn from such gross oversight?

Is it that nothing is invincible? Is it that pride ultimately leads to disaster? Is it that James Cameron is already waiting for the right opportunity to make “Hurricane Katrina: The Movie”?

No. What we learn from this entire debacle is one simple truth:

Somehow, SOMEWAY, the whole of humanity didn’t 1910s itself to extinction, and we must be thankful for that.

14 responses to “The Titanic”