Soccer is called futbol outside of the good ol’ United States, and that’s silly. Nobody is out there in South America referring to basketball as “Hoopball” or “Tossball.” Because of the multiple names, soccer is the most confusing sport in the world. 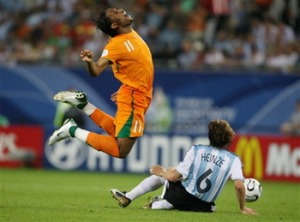 Is this normal? THERE'S NO WAY TO TELL

The United States of America, aka the greatest place on Earth, will be playing Mexico tomorrow in the championships of something called The Gold Cup. You are now stuck in the delicate space between wanting to prove you bleed red, white, and blue, but not knowing anything about the American national team. Don’t worry! By the time you’re done with this post, you’ll feel like Bob Bradley is your best friend. Let’s get started!

First off, what IS The Gold Cup? 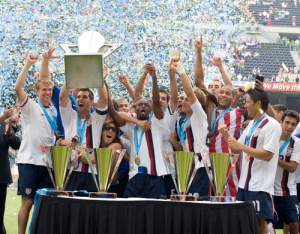 Good question! I’m glad I asked it. The Gold Cup is the championship for all the countries that make up CONCACAF, which stands for the Confederation of North, Central American and Caribbean Association Football. As you may have guessed by now, this means that only the countries in North America, Central America, and the Caribbean play for it. You always were a bright one.

This tournament takes place every two years. It is important to note that soccer doesn’t like having new champions crowned every year, because there are roughly 700 official leagues, confederations, and tournaments in existence. For example, the Gold Cup happens every two years, so that it doesn’t interfere with the bi-annual FIFA Confederations Cup, in which the winners of each of the international confederations (such as CONCACAF), the World Cup Champion, and the nation hosting the event compete.

Understand? No? Great! Let’s move on, and familiarize ourselves with some of the people you should namedrop while inevitably half-watching the championship game. 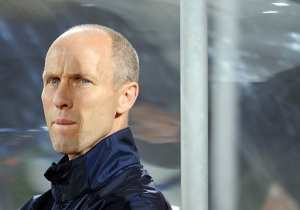 Bob Bradley became a head soccer coach at age 22. What were you doing at age 22? Finishing college? He had already gotten his degree. From Princeton. Basically, Bob Bradley is smarter than you.

And can see your soul

The last time Bradley took a team to the Gold Cup Finals, it didn’t go too well. He played mostly 2nd tier players, to rest up the main players for the upcoming Confederations Cup and consequently suffered a 5-0 beatdown from Mexico. Skill-wise, 2nd tier players in the U.S. are the equivalent to small children in other parts of the world.

However, Bradley did take the Yanks to a 2nd place finish in the Confederations Cup, and last year won their first round group in the World Cup. Bob Bradley has critics, but he’s done alright since he took over in 2006.

And in case you’re curious, yes, the U.S. and Mexico seem to meet in the Gold Cup finals a lot. But when the rest of your competition is Panama and Grenada, it’s not all that surprising.

Poor Juan got seperated from his mom at the mall, and ended up playing against Argentina

Agudelo has been starting for the team in the past few games, after the injury of normal starter Jozy Altidore. Anyone who has followed the U.S. team over the past year will tell you one thing about Juan Agudelo:

“I don’t know anything about him.”

Juan’s family moved from Colombia to New Jersey when he was eight years old. Now that he is nine years old, he is playing for the U.S. national team. He scored a goal to secure a tie against Argentina this year in what is known as an International Friendly. Friendlies are just exhibition games. It’s like hitting the game tying three pointer in a pick-up game right when the playground lights cut off. I guess he got some bragging rights out of this deal, though.

Such a normal looking guy, I couldn't even think of a caption

Despite his last name, everything about Steve Cherundolo seems normal. He certainly isn’t a scary man by any means. He’s only five and a half feet tall. He looks like a pretty friendly guy.

But he plays defense like every single player on the other team insulted his mother.

He has done enough with his career to warrant a typical “YouTube highlight reel with an Eminem song.” This is an unmistakable mark that a player has really reached a brand new peak. And in what is I suppose a testament to his durability and toughness, more than half the video is him getting thrown down a lot.

Landon Donovan has long been the face of American soccer. This is funny for two reasons: 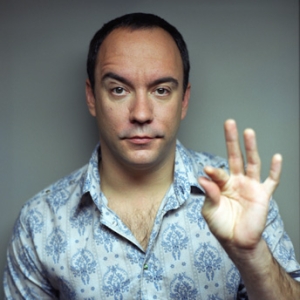 You know what stands out most about Landon Donovan? No, not his forehead. It’s his speed. It’s rare to see athletes who have this sort of speed. People who like cliches say that they can “switch into another gear.” But what it really comes down to is that when it’s necessary, they can hit a level of speed that just makes you scream “HOW” and forget all punctuation.

Landon Donovan has that speed.

Clint Dempsey made this. ‘Nuff said.

Tim Howard has had a quality career, playing with some of the top tier English club teams. This doesn’t really happen often for Americans, so that’s nifty. And it’s super helpful to have a guy who is considered to be one of the best in the world playing with you.

Tim Howard has Tourettes, and is also the most intense player on the U.S. team. For those reasons, Tim Howard is terrifying. You can literally hear him screaming above the noise of all the fans cheering.

"Time, we're in a press conference. You can stop now."

Tim Howard and Landon Donovan teamed up for possibly the most dramatic moment in U.S. soccer history against Algeria in the World Cup last summer. Enjoy this clip, and enjoy the Gold Cup Final on Saturday.

One response to “Guide to the U.S. National Soccer Team!”